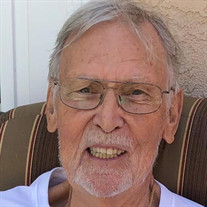 William Camillus Johnston lived many lives in one lifetime. He was born on October 3, 1929, in Brooklyn, New York. His parents William Camillus Johnston and Helen Claire Reilly had three children – Irene, Bill and Helen. Bill was educated in parochial elementary school, St. John’s Preparatory, Niagara University (BA), University of Southern California (MPA), and American International University (PhD). He entered the order of St. Camillus in 1950 and was ordained a priest in 1955 in Milwaukee. Because the Order of St. Camillus has always been devoted to the care of the sick and the dying, after leaving the Order, he found employment as a hospital administrator. He served in this capacity for decades. Bill married Maxene Pisarev in May 1971. Their daughter Samara (Sam) was born in April 1973. They raised Sam in the Glendale/Pasadena area until she left for college. They divorced in 1994. Bill eventually moved to Washington State where he met Sally DeMarce. They married in May 1999, in Ashland, Oregon. They moved to Bellevue, Washington where they joined Sacred Heart Church and he became a parish Eucharistic Minister to the sick. Bill also started the parish AIDS Ministry. In 2003, Bill and Sally moved to Menifee, California to be closer to family. They joined St. Martha Parish in Murrieta where Bill became a Eucharistic Minister. Bill began Our Lady of Sorrows Ministry, and in 2013, he started the Hospice Ministry and became the coordinator. Since beginning the Hospice Ministry, Bill and his army of volunteers have assisted hundreds of patients to pass to God with the Sacraments. He also volunteered in St. Martha’s Food Pantry for more than 15 years. Bill became a grandfather – lovingly named “Pop-Up” – on May 31, 2009, when his only grandson Deklan Max Emmersen was born. Bill passed peacefully on September 8, 2021, with his family holding his hand. He is survived by Samara, Deklan, Maxene, his sister Helen, his nieces Irene, Diane, Susan, Paula, Carolynne, his nephew Will, and many loving grand-nieces and grand-nephews. There will be a visitation on Sunday, September 26, 2021 from 4-7pm at Miller-Jones Mortuary 26770 Murrieta Rd., Menifee, Ca 92586. A funeral Mass will be celebrated on Monday, September 27, 2021 at 11am at St. Martha’s Catholic Church 37200 Whitewood Rd., Murrieta, Ca 92563. Interment will follow at Menifee Valley Cemetery. In Lieu of flowers, please make memorial contributions to: St. Martha’s Catholic Church 37200 Whitewood Rd. Murrieta, Ca 92563

The family of William Camillus Johnston created this Life Tributes page to make it easy to share your memories.

William Camillus Johnston lived many lives in one lifetime. He...

Send flowers to the Johnston family.