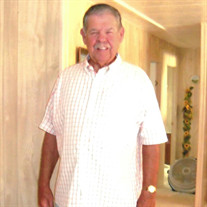 Sammy Martin Lemmon, age 83, of Hemet, CA, passed away Sunday, January 9, 2022, at Riverside Community Hospital in Riverside, CA. Sammy was born on March 22, 1938 in Long Beach, CA. He was the son of Jack Alexander Lemmon and Velma Eileen (Jay) Lemmon. Sammy was a long time member of Seven Hills Golf Club and Hemet Elks Lodge. He attended the Cross Roads Baptist Church in Hemet for the past 20 plus years. Sammy was preceded in death by his wife Jody Faye Lemmon, his parents, half-brother Jack Lemmon and son Jeffrey Lemmon. Sammy was born in Long Beach, CA and graduated from Jordan High School in Long Beach, in his childhood his father would often take him to the beach and this is where his love of the ocean began, in his younger days he was an avid swimmer and fisherman, he especially enjoyed deep sea fishing in the Pacific Ocean. He was a veteran for the United States Marine Corps, serving from 1959 to 1961. Sam retired from Hughes Aircraft Company in 1993 after more than 30 years of employment. His retirement days were filled with his love of golf, friends and travelling. He is survived by his children, son Mitchell Lemmon and wife Anita from Huntsville, AL, daughter Rebecca Lollis and her husband David from Chino, CA, step-daughter Michelle Dejager and her husband Pete from Claremont, CA, half-brother Rick Jokerst from Laguna, CA. and his beloved friend Gwen Parker from Hemet. Sam also leaves behind 6 grandchildren and 5 great grandchildren. Go Rest High on that Mountain.

The family of Sammy Martin Lemmon created this Life Tributes page to make it easy to share your memories.

Send flowers to the Lemmon family.