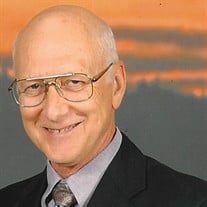 Ron Gentile, SJNY Distinguished Teaching Professor, taught Educational Psychology at The University of Buffalo from 1969 to 2004. A graduate (and Distinguished Alumnus) of Pottsville (PA) High School in 1959, he received a B.S. (1963), M.S. (1964), and a Ph.D. (1967) degree from The Pennsylvania State University. Then, after serving as Captain in the US Army Medical Service Corps at Walter Reed Army Institute of Research from 1967 to 1968, he was hired by UB. His research and teaching spanned a wide range of Ed Psych topics from behavioral and emotional issues to cognitive and memory processes, as well as improving testing and grading practices. This scholarship produced eighty-some publications, including five books, almost all with direct implications for teaching. After retiring from UB, he moved to the Colony in 2006, hoping to pursue his avocation: music. Luckily, in 2008 with the match making assistance of Colony friends, he met his wife Linda – organist extraordinaire, and they were married in 2010. They teamed up to form a 20-member chorus, Genteel Voices, with Ron as Director and Arranger, Linda Gentile as Pianist, and Rick Rohn as Percussionist. All members or former members of The Colony Chorus. Genteel Voices have performed dozens of programs at The Colony and surrounding area on Patriotic and Christmas themes, and especially twice-a-year programs on Music and the Movies. (All music arranged by Ron- some 200 songs in all) Ron was also a member of The Colony Chorus since 2006 and has served as Assistant Director from 2015 to the present. Ron (piano and vocals) and Rick Rohn (drums) also teamed up to do 3 or 4 Colony Cabarets per year (from 2012 to present) performing their renditions of The Great American Songbook. At various times of his life, Ron played baseball, golf, tennis, and ping-pong, but mostly he played the piano and sang. If asked how good he was at any of these endeavors, he would answer: “I’m probably a lot better than you think I am, but not nearly as good as I think I am.” Ron is survived by his wife Linda; his son and wife Prof. Douglas and Jennifer Gentile; two granddaughters, Lauren and Kristin; and his brother and wife, Dr. Robert and Patricia Gentile.

Ron Gentile, SJNY Distinguished Teaching Professor, taught Educational Psychology at The University of Buffalo from 1969 to 2004. A graduate (and Distinguished Alumnus) of Pottsville (PA) High School in 1959, he received a B.S. (1963), M.S.... View Obituary & Service Information

Send flowers to the Gentile family.