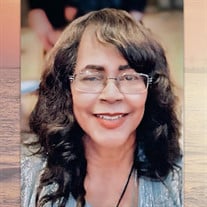 Cynthia Ann Evans was born on October 11th, 1948, in Oklahoma City, Oklahoma to Edward Loyal Brown and Gwendolyn Marie Edmison. She was the second of three children. The family moved from Oklahoma to California when Cynthia was just a toddler. She grew up in the Jefferson Park and Lafayette Square areas of Los Angeles. Cynthia graduated from Los Angeles High School in 1966. After high school, she attended Mt. San Antonio College and graduated from California State University, Long Beach, earning a bachelor’s degree in Sociology. After college, Cynthia enlisted into the United States Airforce where she proudly served her country as a Dental Specialist and Medical Services Specialist. After completing her service and being honorably discharged, she continued her dental industry career in the private sector for 30 more years. After retirement, Cynthia often volunteered at the VA assisting other veterans. Cynthia met Jeffrey Lee Dixon in 1965 and they were engaged to be married a couple years later. Unfortunately, Jeffrey was killed in 1968 before the wedding took place. However, a blessing came when her first child Sean Lee Dixon was born from that union later in 1968. Cynthia married Donald Edward Evans in 1971. From that union, Dontravian Edward Evans was born in 1972. Cynthia married Albert Clark Simmons in 1977. From that union, Stephen Alann Simmons was born in 1979. Cynthia was a fun-loving, caring, and generous person. She would literally give you the shirt off her back if you needed it. She always had a “gift bag” for any occasion on standby. She enjoyed crafting, puzzles, plants, clocks, shopping, traveling, and anything D.I.Y. She loved gathering with her “UNO” club ladies, her friends, and especially her family. Cynthia accepted Jesus as her Lord and Savior at a very young age and spent her life dedicated to Christ. She enjoyed watching Joel Olsteen every Sunday. On March 8, 2022, Cynthia was called home to be with the Lord. She was preceded in death by her parents Edward & Gwendolyn, and her older brother Donald.

Cynthia Ann Evans was born on October 11th, 1948, in Oklahoma City, Oklahoma to Edward Loyal Brown and Gwendolyn Marie Edmison. She was the second of three children. The family moved from Oklahoma to California when Cynthia was just a toddler.... View Obituary & Service Information

The family of Cynthia Ann Evans created this Life Tributes page to make it easy to share your memories.

Send flowers to the Evans family.