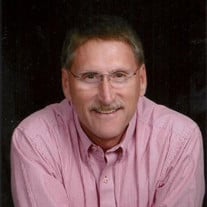 Brian Eugene Houger of Murrieta CA went to his heavenly home on February 19, 2021 following a brief illness. Brian was born in Akron, Ohio on September 22, 1944 and grew up and attended school in Salem, Ohio where he participated in several sports. On Brian’s seventeenth birthday, he was on a train headed to Texas to begin basic training in the Air Force. Brian spent his air Force years in Roswell, New Mexico. He attended night school at Eastern New Mexico University and had 56 credit hours when he finished his stint in the Air Force. He then finished his undergraduate degree at Eastern New Mexico University where he was a member of Sigma Kappa fraternity. He received his Master’s Degree from California State University, Long Beach. Brian spent most of his working career in the glass manufacturing industry. He held several positions at Owens-Illinois and finished his career there as Director of Human Resources. From 1996 until his retirement in 2004 he worked for Ball Foster/St.Gobain Container Corporation. For most of those years he managed large operations and had a reputation for turning underperforming plants around. As a result, he and his family moved around the country every few years. Upon retirement, Brian and his wife, Milly, built their dream home in Calabash, North Carolina and spent twelve years enjoying life in the south. Brian was active in the Elks Club, Seaside United Methodist church (where he served in many different roles), and Brunswick Family Assistance. He also spent a few years substitute teaching at Brunswick High School where he had a reputation for being capable of dealing with the more challenging students. Late in 2016 Brian and Milly moved to Murrieta, California to be closer to their sons and their families. Brian had always said that he would never move back to California. Meeting two of his youngest grandsons in the summer of 2016 was a game changer. Many special memories were packed into the last four years for which his family is very grateful. Brian is survived by his wife of 25 years, Milly (Cawley Matsumoto), his sons, Kristopher Todd (Lana McNielly – Mother to Kris) and Nicholas Eugene (Diane Wright – Mother to Nick), grandsons, Tyler , Mason, Alex, Lucas, his sisters Nancy McConkey and Lynn Wukotich, several cousins, nieces, nephews. Extended family members include: Amy Matsumoto Starling, Riley Lynn Starling (Brian’s self-proclaimed one and only granddaughter) and Steven, Ryan and Chase Matsumoto. His family and friends who were blessed to have Brian in their lives, will greatly miss him until they reunite in the presence of our Heavenly Father. Brian’s Celebration of Life will be held on April 22nd at 1 PM at Cross Point Church, 6950 Edison Avenue, Chino. The service will be live, virtual and recorded. In lieu of flowers, contributions can be made to: CrossPoint Church, 6950 Edison Avenue, Chino, CA 91710 Eastern New Mexico University Foundation, Station 8, 1500 S. Ave K, Portales, NM 88140

Brian Eugene Houger of Murrieta CA went to his heavenly home on February 19, 2021 following a brief illness. Brian was born in Akron, Ohio on September 22, 1944 and grew up and attended school in Salem, Ohio where he participated in several... View Obituary & Service Information

The family of Brian Eugene Houger created this Life Tributes page to make it easy to share your memories.

Send flowers to the Houger family.