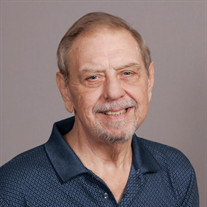 Thomas “Tom” Lee Yohe passed away on February 17, 2022 at the age of 74 at the Jerry L. Pettis Memorial Veterans’ Hospital in Loma Linda, CA. His battle with serious medical issues over the last several years of his life showed everyone who knew him his amazing strength and courage. Despite his pain, he was able to maintain his dry sense of humor and make everyone he met smile. Tom was born on August 30, 1947 to Clarence and Paola Yohe in San Bernardino, CA. He grew up and attended school in San Bernardino where he wrestled for his high school team. Tom also attended Trinity Lutheran Church with his family, joined the youth group and met the love of his life, Connie, at the age of 16. In 1965 Tom graduated high school and enlisted in the Navy. In February of 1966, Tom and Connie married before Tom was shipped out to serve in Vietnam. He served two tours of duty during the war, working as an engineman on an LSD and as an engineer on an LCM-8 (“Mike Boat”). He was honorably discharged from his service on the day before his 21st birthday in 1968, right after his first son was born. Tom worked in HVAC for the rest of his employment career, eventually becoming a business owner. He enjoyed singing in church and touring with the Gospel Heirs Quartet; camping and fishing with his family and friends; and adventuring across the country with his wife, Connie, in their RV. Tom is survived by Connie, his wife of 56 years, his son Brian and his wife Alycia, his son Mark and his wife Jennifer, and his daughter Lisa and her husband Trevor. He is also survived by his 10 grandchildren: Michelle, Diane, Kyle, Chad, Eric, Jordan, Hannah, Sabrina, Sydnie, and Noelle, as well as his sister Sally and her husband Mike. A memorial service will be held at St. John’s Lutheran Church in Hemet, CA, Saturday, March 5th, 2022 11:00 AM . A graveside ceremony will be held at the Riverside National Cemetery in Riverside, CA, Wednesday, March 30th, 2022, 11:30 AM. In lieu of flowers, the family requests you send donations in Tom’s name to the Wounded Warriors Project at https://www.woundedwarriorproject.org/donate .

Thomas &#8220;Tom&#8221; Lee Yohe passed away on February 17, 2022 at the age of 74 at the Jerry L. Pettis Memorial Veterans&#8217; Hospital in Loma Linda, CA. His battle with serious medical issues over the last several years of his life showed... View Obituary & Service Information

The family of Thomas Lee Yohe created this Life Tributes page to make it easy to share your memories.

Send flowers to the Yohe family.