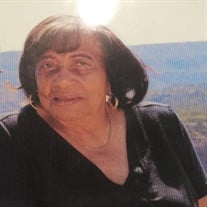 Thelma Marie Austin was born March 17, 1926 in Scott, Arkansas to Robert and Lillie Mae Austin. The youngest of four children, she grew up with siblings Irving, Ocie and Rosetta. The family moved to North Little Rock Arkansas and later to Chicago, Illinois. Thelma completed her education at Englewood High School on the Southside of Chicago in 1944. During World War II, to support the war effort, Thelma and her sisters volunteered at the local USO where among other duties they wrote letters to the soldiers. There at the USO she met the love of her life, Oscar Alexander Hayes. The chance meeting led to a 58year union. From this marriage they became devoted parents to four sons, Curtwood, Oscar Jr and the twins, Jan and Mark. As a mother Thelma devoted her life instilling the values of family, unity and education. Thelma’s home was open to any family member in need. The list of nieces and nephews who lived with her is long. Her drive and love of family created and inspired all the Austin, Hayes and Spain family reunions. As a wife, Thelma made sure Oscar was never without a clean pressed uniform, good meals, clean home and his transportation to and from work. Life circumstances required Oscar and Thelma to relocate to Moreno Valley, CA. In California, their circle of family and friends grew larger. They joined Oasis Community Church and continued to practice their faith. Thelma was well known for her hospitality and ability to engage with people. On Wednesday, July 7, 2021 Thelma quietly transitioned in her home with her sons by her side. Thelma was preceded in death by the loves her life, her husband Oscar, son Curtwood. Her siblings Irvin (aka Pencil) and Rosetta (Rosie). Her brother in-law James (Ocie), Her nephews, Rosetta’s sons Raymond and Tyrone Crump. Special in-laws and lifetime friends Willie Re and Jimmy Bibbs. Special cousins Louis Spain and Lenora Hunter. Thelma is survived by her sister and best friend, Ocie Harris. Her sister Gwen Clark. Her devoted sons, Oscar Jr, Jan (Arcynia), Mark (Vera). Her grandchildren, Danielle, Ian (Quiana), Albany, Asia, Autumn and Austin. Her great-grandchildren, Lang, Camden, Cayson, Angel and Micah. Her beloved nieces Donna, Bonnie, Chandra and Adrianne. A host of relatives and friends.

Thelma Marie Austin was born March 17, 1926 in Scott, Arkansas to Robert and Lillie Mae Austin. The youngest of four children, she grew up with siblings Irving, Ocie and Rosetta. The family moved to North Little Rock Arkansas and later to Chicago,... View Obituary & Service Information

The family of Thelma Marie Hayes created this Life Tributes page to make it easy to share your memories.

Send flowers to the Hayes family.