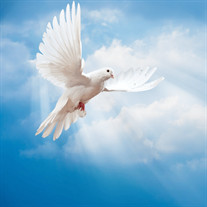 Shirley Jane French, 93 of Menifee went to her eternal rest on December 31, 2021. She is survived by her six grown children, daughters Cynthia French-James (Tony), Diana Reynolds (Brad) Denise Lowman, sons Jerry French (Regina), David French (Corrina) and Alan French (Dora), granddaughters Amy Lowman, Jennell Bussell (Noah), Kendra Reynolds, Catherine French, Alyssa French and Jessica French and grandsons Nathan Pierce, Justin French (Isabel), Brandon Reynolds (Julie), James French and Thomas French, great-granddaughters Miracle Praise, Slone Bussell, Ariel Bussell, Zoey French and Isabella Reynolds and great-grandson JT Pedwick, Adam and Elias Reynolds. Shirley was born on May 23, 1928 in Omaha, Nebraska to Raymond and Helen Baker. She lived and went to school in Nebraska with her four brothers and two sisters. She married her true love, William D French, on July 10, 1950. They were married for 48 years and resided in Menifee where William past away in July 1998. She remained a widower for the rest of her years staying active at St. Vincent’s Parish and being with the family. Shirley worked as a typist after high school and became a house wife after marriage. She and William started S.J. Steel and she managed the office from 1968 to 1993 when they closed the shop at which time Shirley retired. She loved being active in her parish and was part of the Transportation group that would provide rides to parishioners. She would also participate in small faith families and occasionally hosted the meetings. She had her favorite soap operas on TV and enjoyed traveling. She was available for babysitting her grandkids and would visit her sons and daughters often to spend precious time with their families. Thank you mom for being a devoted mother for all of our lives and for being “just the way you were”. We love you forever and we’ll see each other again in God’s Kingdom. Your loving family. “I am the resurrection and the Life; whoever believes in me, even if he dies, will live, and everyone who lives and believes in me will never die.” -John 11:25-26 Memorial Mass Friday, February 11, 2022-11:00am Saint Vincent Ferrer Catholic Parish 27931 Murrieta Road Menifee, California 92586 Internment-Green Acres Memorial Cemetery 11715 Cedar Ave, Bloomington, CA 92316 Thank you to all our family and friends for all the love and prayers.

The family of Shirley Jane French created this Life Tributes page to make it easy to share your memories.

Shirley Jane French, 93 of Menifee went to her eternal rest on...

Send flowers to the French family.