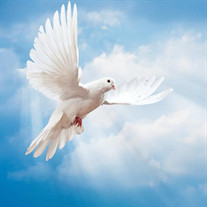 Reginald Jose Roberts better known as "Punchy" to all family and friends was the youngest son of Alice Roberts and Judge Roberts Sr. born July 21, 1959 in Los Angeles, California. Reginald attended 96st Elementary, Charles Drew Jr. High and Jordan High School. Reginald later continued his education and he became a welder. As a child, Reginald attended Crusaters Temple Church of God and Christ where he became a member. Reginald also worked at Martin Luther King Hospital at the age of 19 years. Where he was promoted supervisor of the maintenance department after 28 years of service. As an adult, Reginald attended ST. Joseph’s Catholic Church where he prayed daily before work. In 1985, Reginald married DeWanda Roberts and raised two stepsons, Damien and Darron, as his own. Reginald also had two biological daughters, Shalandis Roberts and Dashannay Roberts; they were the light of his life. Reginald loved spending time with his family, he enjoyed taking the kids to the movies and he also loved playing basketball with them on Saturdays. Reginald is survived by his two daughters, Shalandi and Dshannay Roberts, one grand-daughter, Zariyah Roberts, whom he spent a lot of time with he loved her dearly. His sisters, Cheryl, Yvette, Carol and Diane. Those that also mourn his death a host of nieces and nephews and many friends. Reginald is preceded in death by his mother, Alice Roberts, father, Judge Roberts Sr., brother, Judge Robert Jr., two nephews, Derrick Washington and Joshua Roberts. Reginald was called to Glory on November 21, 2020. Rest in paradise Uncle Punchy. You will be missed and loved always.

The family of Reginald Jose Roberts created this Life Tributes page to make it easy to share your memories.

Reginald Jose Roberts better known as &quot;Punchy&quot; to all family...

Send flowers to the Roberts family.