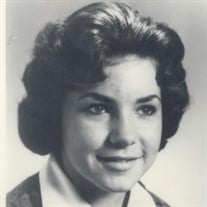 Linda Louise Sublett died peacefully in her sleep December 24th 2021. Born June 19th, 1948 in Sterling, Illinois, she was adopted by Catherine Grace. They moved to Long Beach California, where she was raised and went to school. As a child, she played piano and attended Millikan High School. Linda is survived by her daughter, Lisa Maria Pauro and son in law Nicholas Michael Pauro; her son, Lawrence Michael Magnani and daughter in law Diane Magnani; her sister, Diane Dearing, her brother, Al Le Rette, as well as nieces and nephews. She is also survived by four grandchildren; Derek and Alyssa Pauro, Nicole and Anna Magnani, as well as a great grandchild, Ellerie Gray Pauro. Linda was preceded in death by her parents; Emmet Lee Irwin and Catherine Grace Irwin. Linda held several Bachelor’s Degrees in Arts, Math and Science. In fact, she loved education so much that she worked at Long Beach State, Sonoma State, and Hemet Unified School District throughout career. She always believed that education was the key to life. Linda loved her creator God, family, Veterans, and animals. She frequently gave to many organizations that represented her love. Linda is known for being fierce and loyal. During her life, she traveled across many states with her parents and children. In her spare time, she enjoyed making quilts, cross stitch, needle point, stuffed animals, and original pieces for her friends and family. She will always be remembered for her love of God, family, Veteran’s and animals. The family requests that in lieu of flowers or plants, her family and friends give to one of her favorite organizations below. Services will be held at Miller Jones Mortuary on February 19th at 10:00. We will toast a glass of Chardonnay and celebrate at El Patron after.

Linda Louise Sublett died peacefully in her sleep December 24th 2021. Born June 19th, 1948 in Sterling, Illinois, she was adopted by Catherine Grace. They moved to Long Beach California, where she was raised and went to school. As a child, she... View Obituary & Service Information

The family of Linda Louise Sublett created this Life Tributes page to make it easy to share your memories.

Send flowers to the Sublett family.