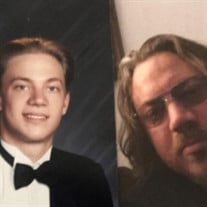 Kevin Thomas Kaelin, age 43 passed away on November 5, 2021 at his home in Culver City, CA. Kevin was born on October 31st 1978 at the Kaiser Hospital in Fontana. He grew up in Hemet and attended school at Hemet Unified School district from Kindergarten-twelve grade. While growing up, Kevin lived with his parents, Thomas and Grace Kaelin, at their 10-acre Ranch South of Hemet. Kevin was active in the band from 4th grade through High School. He loved the Jazz band and was rewarded with a trip to Europe to perform at the Jazz festive and other venues. The trip was a major highlight of his life, in addition to the Band trip to Hawaii. Kevin was also active in Our Lady of the Valley Church, and was alter server from the time he made his first communion until he graduated from High School. He was dedicated and reliable. When Kevin graduated from High School, he attended UC San Diego for 2 1/2 years and then transferred to UC Riverside to finish his BA Degree in Philosophy. While living in Culver City, in the LA area, he took classes at West LA College and Santa Monica College to enhance some of his studies. It was during this time that Kevin was recommended for a Scholarship to attend Loyola Marymount University's Graduate program in Philosophy. He was very impressed with the philosophy program and staff at Loyola. Kevin graduated from Loyola Marymount University with a Master’s Degree in Philosophy 2 years ago this spring. His goal was to teach philosophy to undergrad students to get them interested in the importance of Philosophy. Kevin's greatest love in life was Studying Philosophy. After graduation he was forever home sick for Loyola Mary Mount University and concocted reasons to go back to visit the campus. His attendance at Loyola was another major highlight of his life. Kevin's cause of death was sudden and unexpected. He died of COPD, (Chronic Obstructive Pulmonary Disease), complicated by sleep apnea, and Ankylosing Spondylitis, an autoimmune disease. Kevin is survived by his Mother, Grace Mary (Kennedy) Kaelin; Aunts and Uncles: Helen Hartman, Irene and John Konopasek, Glen and Martha Kennedy; two half-brothers, Andrew Maness and Ed Buliavac, Kevin's niece Christie Buliavac, Sister and brother-in-law Anna and Mikel Johnson. The sister of my heart, Gail Wolny and Dennis, Stephen & Chris Wolny & family (they are there when I need them most), David Christa, William and McKenna Wolny. Cousins, Veronica and Jim Sgro and Family; Sandra and Dave Jones and Family; Cheri and Rex Lamb and Family; Ronald and Claire Hartman and Family. Kevin's Cousins, Ben and Theo Kennedy, Mara Konopasek and Woody Salcido & Family; John Thomas and Kate Konopasek; Mea Konopasek and Hoyt Long and Family; Kennon, Brett, and Kristina Konopasek and Curt Mullin. Jeri and Jim Ledbetter and Family. Wilhelm Cousins: Tom, Ron, Jim, Tim, Jennifer, Tami and Wayne Wilhelm, and extended Families. Kennedy Cousins, Dorris Wood, Nadine Martin, Carolyn and Jerry Love, and Cathy Kennedy. I very much appreciate all the Family and Friends support. Kevin Thomas Kaelin will be forever loved and missed. Memorial Services will be held at Miller Jones Memorial Chapel on Florida Ave in Hemet, CA on Saturday April 30th at 11am. Instead of flowers, In memory of Kevin Thomas Kaelin, remembrances to NAMI Mt San Jacinto, an affiliate of National Alliance on Mental Illness, PO Box 716, San Jacinto, CA 92581. NAMI Mt. San Jacinto is a charitable 501 (c3) tax-exempt corporation. Tax I.D. #95-3709350. www.namimtsanjacinto.org

Kevin Thomas Kaelin, age 43 passed away on November 5, 2021 at his home in Culver City, CA. Kevin was born on October 31st 1978 at the Kaiser Hospital in Fontana. He grew up in Hemet and attended school at Hemet Unified School district from... View Obituary & Service Information

The family of Kevin Thomas Kaelin created this Life Tributes page to make it easy to share your memories.

Send flowers to the Kaelin family.