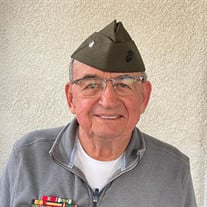 John Maxwell Mushallo, Jr. was born on May 14, 1937 in Queens, New York to parents, Anne Mushallo and John Mushallo, Sr. John was baptized on June 5, 1937 at St. Mary’s American Orthodox Greek Catholic Church in New York City and confirmed on June 2, 1949 at the Church of The Sacred Heart in Cambria Heights, New York. Sister Justine Anne joined the family in June of 1946. Growing up in Queens, he loved to play baseball, especially third base. He was a strong swimmer as well and spent his summers lifeguarding at Jones Beach on Long Island. He attended Andrew Jackson High School, Queens, New York and graduated in 1955. John attended Hofstra University in Hempstead, New York and graduated in 1959 with a degree in Geology. At Hofstra he was a member of the Geology Club and Sigma Alpha Lambda Fraternity where he served as the Corresponding Secretary. He enlisted in the United States Marine Corps on October 30, 1959 in New York City, New York. Upon completion of Basic School, Quantico, Virginia, he was assigned to the 1st Marine Division, Camp Pendleton, California. In 1967, he reported to Vietnam. After serving multiple tours in Vietnam, he attended the Command and Staff College in Quantico, Virginia. His duties took him to Okinawa Japan, Twentynine Palms, California and finally back to Camp Pendleton, California where he retired from the Marine Corps as a Lieutenant Colonel, on March 28, 1980. His personal military awards include the Bronze Star with Combat “V”, the Combat Action Ribbon, the Navy Commendation Medal with “V” device, Navy Presidential Unit Citation Medal, Navy Unit Commendation Medal, Navy Meritorious Unit Commendation, and several campaign, expeditionary, and sea service ribbons. John also earned the expert pistol and rifle badges during his Marine career. Once a Marine, always a Marine was his life’s motto. In June of 1964, John married Ruth Ann Flaten, a fellow Marine. They welcomed daughter Annie in August of 1966 and son Jack in February of 1969. John and Ruth divorced in 1979 and remained friends until his death. After retiring from the Marine Corps, John spent another 25 years as the Senior Marine Corps JROTC instructor for two high schools in the Los Angeles area, Crenshaw High School and El Rancho High School. He retired in 2006. After a six year courtship, John married the love of his life, Susan Laurin in 1990. They resided in Lakewood, California and moved to the Four Seasons golf course community in Hemet shortly after John’s retirement in 2006. Their home on the golf course has been a hub of happy hour activity and filled with friends, love, and laughter for years. No one could tell a joke like John and he loved to be surrounded by friends and family. John is survived by his loving wife, Sue and his children Annie Cline of Paso Robles, California and Jack Mushallo of University Place, Washington and his stepsons, Brandon Laurin of Gilbert, Arizona and Ben Laurin of Cerritos, California, and his sister Justine Taddeo of Weston, Connecticut. He was a loving grandfather to 11 grandchildren who will miss him terribly. Britney Ross, Madison Cline, Delaney Cline, Kathleen Cline, Ethan Mushallo, Maxwell Mushallo, Emma Laurin, Kinsleigh Laurin, Carson Laurin, Isabelle Laurin, and Alex Laurin will carry fond memories of their grandpa in their hearts for years to come. John was an avid golfer and enjoyed playing with friends, family and loved ones whenever he got the chance. Most people hope to have one hole-in-one in their lives. John had that and then some, celebrating his FOURTH hole-in-one shortly after his 84th birthday in May, 2o21. A highlight of his golf experience was playing in a father son tournament at St. Andrews Golf Course in Scotland with his son Jack. John was also a long-time, avid fan of his beloved Pittsburgh Steelers. You could find him wearing black and gold and cheering his team on every Sunday during football season. In lieu of flowers, please consider making a donation in his name to the Marine Corps Scholarship fund. (https://www.mcsf.org/) Semper Fidelis. The Marine’s Prayer Almighty God, whose command is over all and whose love never fails, make me aware of Thy presence and obedient to Thy will. Keep me true to my best self, guarding me against dishonesty in purpose and deed and helping me to live so that I can face my fellow Marines, my loved ones and Thee without shame or fear. Protect my family. Give me the will to do the work of a Marine and to accept my share of responsibilities with vigor and enthusiasm. Grant me the courage to be proficient in my daily performance. Keep me loyal and faithful to my superiors and to the duties my country and the Marine Corps have entrusted to me. Make me considerate of those committed to my leadership. Help me to wear my uniform with dignity and let it remind me daily of the traditions, which I must uphold. If I am inclined to doubt, steady my faith; if I am tempted, make me strong to resist; if I should miss the mark, give me courage to try again. Guide me with the light of truth and grant me wisdom by which I may understand the answer to my prayer. Amen.

The family of John Maxwell Mushallo Jr. created this Life Tributes page to make it easy to share your memories.