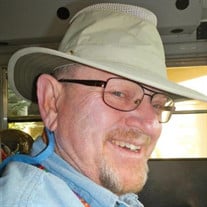 James (Jim) Richard Kindleberger passed away at the age of 75 on July 21, 2021, after a brave and hard-fought battle with cancer. Jim’s beloved wife Bonnie along with many who love him dearly are so fortunate to have had the opportunity to spend his final days with him, telling stories and celebrating him in his home, the place he loved the most. Jim was born to Pauline and Harold Kindleberger in Kalamazoo, Michigan, in August of 1945. He spent his early childhood in Kalamazoo as the younger brother of Suzanne (Sue) and Harold (Butch). His family moved to El Paso, Texas, in 1948 when Jim was a young boy. Hungry for adventure as a teenager, he enlisted in the Marines, following in the footsteps of his older brother, Butch. While on leave back home, Jim met the love of his life, Bonita (Bonnie), and it wasn’t long before they made the decision to spend the rest of their lives together. They were married in June of 1965 and began their journey. During his six years in the Marine Corps, Jim served in Vietnam, where his brother, Butch, had so bravely given his life. Although it was difficult to leave Bonnie and their young daughter, Janette, he felt the obligation to serve his country in the wake of his brother’s death. This dedication to family and country was exemplified in Jim’s everyday life as a husband, father, grandfather, and proud American. Following his service in Vietnam, Jim was stationed at Marine Corps Air Station El Toro and the young family eventually moved to Hemet. It was here that he and Bonnie raised their three daughters. During these years, the family enjoyed camping, road-trips in the Southwest, church activities, fun-filled gatherings with family and friends, and boating on the Colorado River. He and Bonnie spent time off-roading with friends and bowling in a local league. Jim coached his daughters’ softball teams for Valley Wide, creating some friendly and not-so-friendly coach rivalries. As a spectator, he was a die-hard Dallas Cowboys fan and always made time to take the girls to Angels’ games in the spring and summer. Although he was serious when it came to sports, he had a flair for unmercifully playing practical jokes on anyone who happened to present themselves as a target. Jim loved to have fun and his cleverness allowed him to pull off the most elaborate pranks. There are more than a few stories involving terrified teenagers (including his daughters), unsuspecting adults, and a supporting cast of shaving cream, peanut butter, and exploding potatoes. And it was never a surprise when a furry friend showed up in the backyard as he was known to bring home a stray dog from time to time, much to the displeasure of Bonnie but to the sheer delight of his daughters. Jim worked very hard and went on to serve in top management positions in the field of manufacturing. He often traveled to Asia and Mexico for business, learning to speak Spanish fluently to advance himself professionally, and quickly realizing the practical benefits of knowing a second language. For ten years, Jim and Bonnie lived in Holtville, California, to be near Jim’s workplace. As a Rotarian, he dedicated himself to making a difference in the community and was involved in supporting a non-profit for victims of domestic abuse. Later in life, Jim enjoyed playing golf and spending time working on “honey-dos” around the house. He could build anything and did not let any wood-working opportunity pass him by. His and Bonnie’s home is a testament to Jim’s craftsmanship and attention to detail. When seeking adventures away from home, he was game for anything and Bonnie was right there with him. From kayaking in San Diego Bay and river-rafting on the Colorado River to driving through New England in the fall to see the changing colors, not much got in the way of having a good time and experiencing new places and people. He loved to eat and many travel decisions were based on where the best local cuisine could be found. In the winter of 2016, Jim and Bonnie jumped at the opportunity to travel to Cuba. They were able to meet local families, and visit cultural venues and historical sites. It was the trip of a lifetime and so many cherished memories were made. Jim is survived by his beloved wife of 56 years, Bonita Kindleberger of Hemet; daughters, Janette Papp, Kristen Galletta, and Sheli Woods; grandchildren, Julian, Hannah, Emily, Allison, Elliot, Margaret, and James; sister, Suzanne Adams; sister-in-law, Betty Phillips; brothers-in-law, Gary, Ronald, Donald, and Allen Beach; and many nieces and nephews. He is preceded in death by his mother, Pauline (Kindleberger) Scholten; father, Harold Kindleberger; stepfather, Nicholas Scholten: and brother, Harold Kindleberger. Always a jokester, Jim’s humorous quips kept his loved ones laughing even as the disease took its toll, a testament to his selfless grace. A private memorial will be held in the fall to celebrate him.

James (Jim) Richard Kindleberger passed away at the age of 75 on July 21, 2021, after a brave and hard-fought battle with cancer. Jim&#8217;s beloved wife Bonnie along with many who love him dearly are so fortunate to have had the opportunity... View Obituary & Service Information

The family of James "Jim" Richard Kindleberger created this Life Tributes page to make it easy to share your memories.

James (Jim) Richard Kindleberger passed away at the age of 75...

Send flowers to the Kindleberger family.