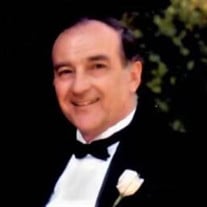 Ivan Thomas Pipich was received by the Lord on November 4, 2021, at the age of 91. Ivan was born on August 3, 1930 to Thomas and Barbara Pipich, and was raised in Sykesville Pennsylvania along with his siblings Thomas Jr., Rudy, Helen, and Mary. His father passed away only two months later. As a youngster, he was active in supporting his family by trapping, hunting, and fishing, along with playing with his siblings and friends. After graduating high school, he began work for National Tube, until drafted into the US Army in January 1952, serving until October 1953. He fought bravely in Korea, earning a Korean Service Medal with two bronze stars, a United Nations Service Medal, and two Purple Hearts. He returned stateside, and married his life’s love, Bernice, on January 16, 1954, in McKeesport Pennsylvania. The couple had their first son Gary on April 6, 1955. On July 1957, the family moved to California, and eventually settled in Garden Grove. Their second son Michael was born on February 4, 1961. As the years went on, Ivan worked the chemical industry until his last job as a Plant Manager for Witco, retiring in August 1995. He enjoyed building and improving the home, adding a family room and extra bedroom to the house, along with different bricklaying and gardening projects. He loved barbeques and swimming in the family pool. Along with Bernice, they hosted parties, kids’ events and card playing nights with friends. Ivan always found time to attend his sons’ athletic and school events, and was affectionate and attentive to his family’s needs. Ivan loved the outdoors, especially camping and fishing. His favorite yearly event was the opening day of trout season in Bridgeport CA. He also loved sports, especially cheering for the Rams, Angels, and Lakers. He had a strong sense of devotion to God, family, work, and play. Ivan is survived by his wife Bernice; sons Gary and Michael; daughters-in-law Kathy and Jane; his grandchildren: Amanda and husband Daniel, Chad and wife Kimberly, Nicholas and wife Kate, Adam, and Kevin. His greatgrandchildren: Max, Madden, Ava, Liam, Evelyn, Ethan, and Amelia. Since the first grandchild, Ivan has been known as “Papa” to everyone in the family. His legacy of love will be carried on for generations to come.

Ivan Thomas Pipich was received by the Lord on November 4, 2021, at the age of 91. Ivan was born on August 3, 1930 to Thomas and Barbara Pipich, and was raised in Sykesville Pennsylvania along with his siblings Thomas Jr., Rudy, Helen, and Mary.... View Obituary & Service Information

The family of Ivan Thomas Pipich created this Life Tributes page to make it easy to share your memories.

Send flowers to the Pipich family.