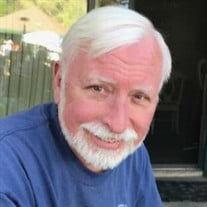 Duncan Tartan Bush peacefully passed away at his home surrounded and cared for by his loving family on August 31, 2021. Unfortunately he was unable to win the battle he waged so valiantly against leukemia. Mr. Bush was born on November 13, 1948 in Lansing, Michigan; the second child of Donald D. Bush, Sr. and Dora Virginia Bush (Chisholm). When Duncan was three years old the family moved to Long Beach, California. He attended Tincher Elementary School and Hill Junior High School. In 1966 Duncan graduated from Millikan High School, where he was on the Water Polo and Swimming Teams. Duncan was inducted into the Navy in 1967. He was stationed in Hawaii and served as a Dental Surgeon Assistant throughout his military service. In his free time he joined the State of Hawaii Water Polo Team for which he played Goalie. The team was invited to compete in the 1968 Pan American Games. In 2018 Mr. Bush was honored to throw the “Opening Ball” for the 50th Annual Hawaiian Invitational Water Polo Tournament. After completing active duty Duncan continued his education, first at Chapman University in Orange and later pursuing a Bachelor Degree at CSU at Long Beach. He then spent several years in Michigan teaching high school and helping manage his grandparents’ farm. Duncan returned to California and for years he was the owner of Meridian Appraisals in Los Alamitos, CA. Soon after moving to Moreno Valley in 1987 Duncan joined The California Dept. of Transportation as a Senior Right of Way Agent and remained until his retirement in 2004. He also served as President of the International Right of Way Association. Mr. Bush continued to work as an appraiser in the private sector. Duncan married the love of his life, Kathryn Ann Sullivan in 1988 and at that time welcomed his step-son, Jeremy Scott Petersen. The family grew to include son, Daniel Tartan Bush (Brittany), and daughter, Ashley Morgan Bush, and most recently his precious granddaughter, Hailey Bush; all of Moreno Valley. Together Duncan and Kathy enjoyed a wonderful life of raising their family, developing and managing various real estate projects, traveling, and spending time with their many treasured friends. Duncan was a competitive player of board and card games; he seemed to know all of the rules and nearly always gleefully won. The loss of Duncan’s humor, knowledge and advice, and genuine devotion to others leaves a void impossible to fill. In addition to his cherished wife, Kathy, and children; Duncan Bush is also survived by his brother Donald D. Bush, Jr. (Kim), sister Deedra Corona (Jesus), nephews and nieces Donald Bush III (Gemini), Chris Kelly (Debbie), Jhalister Corona, Jennifer Bancroft, Aberdeen Goodwin (Korey), Douglas Corona (Valeria), and Malcolm Corona (Milangela). His Grandparents Harold Tartan and Mary Catherine (Stofflet) Bush and Arthur Edward and Mary Beatrice (Campbell) Chisholm, his parents, Sister Barbara Kelly (Mike) and Nephew Kyle Kelly proceeded him in death. Visitation will be held on Sunday, September 12, 2021 from 10:00 AM to 12:00 PM at the Miller-Jones Mortuary and Crematory-Moreno Valley (23618 Sunnymead Boulevard, Moreno Valley, CA 92553). A Celebration of Life Service will be held on Sunday, September 12, 2021 at 12:00 PM at the same location. Attendees may wear their favorite Hawaiian shirt; Duncan will also be wearing his. A graveside service will be held on Wednesday, September 15, 2021 at 9:45 AM at the Riverside National Cemetery (22495 Van Buren Boulevard, Riverside, CA 92518-2740).

Duncan Tartan Bush peacefully passed away at his home surrounded and cared for by his loving family on August 31, 2021. Unfortunately he was unable to win the battle he waged so valiantly against leukemia. Mr. Bush was born on November... View Obituary & Service Information

The family of Duncan Tartan Bush created this Life Tributes page to make it easy to share your memories.

Duncan Tartan Bush peacefully passed away at his home surrounded...

Send flowers to the Bush family.