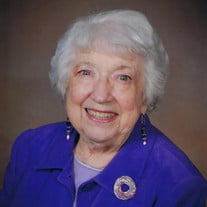 Donna Bardell Urry of Menifee, California passed away Thursday, July 1, 2021 at the age of 91 years. Donna was born on November 16, 1929 in Seattle Washington, to Florence Ingrum and Rauch William (Bill) Bardell. She also had a brother who proceeded her in death William Edward (Bill) Bardell (April 1931 – 1995). For nine years the family lived on Queen Anne Hill in Seattle, Washington. Florence Ingrum divorced and then remarried in 1937 to Elmer David (Sam) Woods in 1940. Years later Donna’s father, Rauch William remarried to DeVee Plunkett. Donna graduated from Highline High School in 1947, and went on to spend 3 years of furthering her education at Washington State University. It was there where she met her 1st husband Laverne (Vern) Francis Lippert. They later went on to have five children: Larry Alan, David William (Jackie) , Gregory Edward, Douglas Robert (Theresa), and Susan Laverne. (Leonard) *Gregory Edward passed in 1983. Donna and Vern later divorced in 1974. She remarried George Albert Urry in 1976. In addition to her four surviving children, she is survived by *six grandchildren Lisa, Lenny, Doug Jr., Kelly, Erica, and Mary, *RIP-Chris David Lippert 1984-2009. She also had seven great-grandchildren Arrason, Jacob, Lincoln, Evelyn, Magnolia, Leo, and Levi. Donna balanced raising children along with working numerous jobs. Including working at University of California Riverside for over 20 years, along with owning and operating Al’s Air Conditioning business. After Al’s passing in 1983, Donna sold the business and decided to finish up her career at UCR and finally retiring in 1989. Donna longed to return to the Pacific Northwest after retirement. So in 1989 she sold her home headed back to where she grew up as a child. Ultimately settling on a spot in Queen Anne Hill overlooking Lake Union. Only a short distance from her days growing up. But, Donna didn’t stay retired long and went on to help a small business, Brett Associates in Shoreline, WA as a bookkeeper for 22 Years. Donna loved to travel and spend time with the family. While in Seattle Donna attended University Presbyterian Church and was very active in the community. Donna was very full of life and enjoyed sewing, quilting, bridge, gardening, walking, etc. Donna ultimately came back to Menifee, California to be closer to family in 2017. We all appreciated that she was closer to family. Donna will be missed by all and hope her spirited life will be an inspiration to all. Donna’s family wishes to thank everyone at Pacifica Senior Living and Hospice of the Valley for taking such good care of her. Arrangements are entrusted to the care of Miller-Jones Mortuary Menifee.

Donna Bardell Urry of Menifee, California passed away Thursday, July 1, 2021 at the age of 91 years. Donna was born on November 16, 1929 in Seattle Washington, to Florence Ingrum and Rauch William (Bill) Bardell. She also had a brother who... View Obituary & Service Information

The family of Donna Bardell Urry created this Life Tributes page to make it easy to share your memories.

Send flowers to the Urry family.