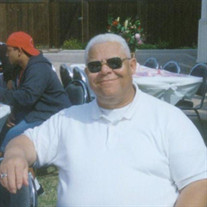 Donald James Tate, age 76, departed this life the morning of Tuesday, March 22, 2022. Don was born on January 6, 1946, in Lackawanna, NY to parents James Tate and Edith Smith and grew up in Cheyenne, Wyoming. After graduating in 1964 from Cheyenne’s Central High School where he played football, basketball and ran track and cross county, he enlisted in the U.S. Navy at the ripe old age of 18 to satisfy his desire to explore the world, find his calling, and leave his mark on the world. Don was stationed in San Diego aboard the USS Constellation (CVA-64) supporting Naval operations during the Vietnam War as Aviation Machinists Mate, Petty Officer Second Class. Don exiting the Navy in 1970 with an Honorable Discharge, receiving the National Defense Service Award, Vietnam Service Medal with One Bronze Star, and a Meritorious Unit Commendation. While on liberty in San Diego, he met Harriet Ann Magee at the Cinnamon Cinder, a popular young adult music venue. They married in 1967. had their first child in 1969 and returned to Cheyenne in 1970 where Don attended Cannon Aeronautical Tech and received his aircraft Airframe & Powerplant license. Shortly thereafter, he went to work for Convair on the DC-10 aircraft assembly line. In 1973 he began what would be his 41-year career of committed service to the Department of the Navy at the Fleet Readiness Center Southwest, NAVAIR North Island. Don highly valued education and earned his long-coveted bachelor’s degree in Business Administration from Phoenix University in the early 2000’s. He loved engaging in conversations related to ethics, politics, sports, cars, and business with his children, friends, and other family members and relished the opportunity to verbally challenge the status quo any time the opportunity presented itself. Having been an athlete in his youth, he was passionate about sports, football in particular, and regularly enjoyed watching NFL games and coaching youth and semi-professional football teams which allowed him the opportunity to share his love of the game while mentoring the young men he coached. Don was a strong, humble, playful man who dedicated his entire life to his family, raising his five children in his Lemon Grove home for over 30 years. One of Don’s greatest accomplishments was his children. He loved sharing in their successes, considered himself blessed as a father and deeply treasured spending time with them and then later, his grandchildren. Whether he was sharing his life’s wisdom, cracking jokes, catching up on the latest slang, or laughing at YouTube and TikTok videos, Don loved time spent with his babies. To know Don was to be in the presence of a man who’s very being was grounded by the fundamentals of loyalty, shared wisdom, and sacrifice for the good of family – family above all else. Don is preceded in death by his parents, his younger brother Morris Tate (Cheyenne, WY), elder brother Thomas Smith (Buffalo, NY) and beloved aunt and uncle, Mary and Willis Valentine (Cheyenne, WY). He is survived by his wife Harriet Ann Tate; children Treysea Tate (Duane), Sean Tate, Carrie Tate-Meyer (Ian), Kellie Davis (Kevin), and Charlene Tate; sister Barbara Jackson (Connecticut) and her children, Camille, David and Catherine; grandchildren Justus Daniel Meyer, Alyssa King, Jayden King, Nikolas Meyer and Anthony King. Friends and extended family are invited to celebrate Don’s life and share condolences with family on Thursday, April 28th, 2022, at Miller-Jones Sun City Chapel, 26770 Murrieta Road, Menifee, California. Viewing will begin at 9:00 AM followed by the funeral service at 11:30 AM. Graveside Service will be at 01:30 PM – 2:00 PM at Riverside National Cemetery, Riverside, CA Online condolences may be made to the family at https://www.miller-jones.com/obituaries/

Donald James Tate, age 76, departed this life the morning of Tuesday, March 22, 2022. Don was born on January 6, 1946, in Lackawanna, NY to parents James Tate and Edith Smith and grew up in Cheyenne, Wyoming. After graduating in 1964 from... View Obituary & Service Information

The family of Donald James Tate created this Life Tributes page to make it easy to share your memories.

Donald James Tate, age 76, departed this life the morning of...

Send flowers to the Tate family.