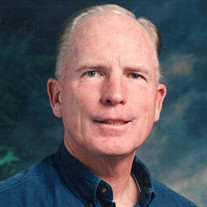 Not sure what to send?

DAVISON, DENNIS ALLEN, age 77 of Warner Springs, CA went to be home with the Lord January 7, 2022. He was born to Henry and Kathleen Davison July 19, 1944 in Riverside, California. He was a humble and wise Christian man who read his bible and prayed during breakfast every morning. He had an adventurous spirit and was always ready to crack a joke! He loved music, played the clarinet, ukulele, guitar and banjo. He was a tenor with a beautiful voice with which he would frequently burst into song. Throughout his life he participated in many barbershop quartets and choral groups. During his childhood, he developed a love of all things run by engines as he worked at the service station owned and operated by his father. He could look at a car and tell you what year it was by looking at the tail lights. He could fix just about anything and was always willing to give advice or get in there and get greasy to fix a vehicle. After graduating from Ramona High School in 1962 he began college classes at Cal Poly Pomona. He was a member of the Citrus Belters, an award winning chorus group in 1964. In 1966, he decided to join the Navy thinking this was a wise choice rather than being drafted into the army during the Vietnam War. He joined the nuclear submarine program and was assigned to the USS Seadragon Submarine stationed in Pearl Harbor. While in Honolulu, he earned his pilot's license flying a Cessna, terrifying more than one passenger with his tricks in the sky. He married Robin Leslie Baker on February 13, 1971 in Riverside, CA. After his active duty service, he joined the Naval Reserves and moved to San Luis Obispo where he earned a degree in Engineering Technology from Cal Poly San Luis Obispo. His daughter, Carilyn (Cari) was born in 1973 and the new little family moved to Woodland, California where Ryan was born in 1977. The family went on many road trips and his adventurous spirit led them to taking back roads, adding extra hours to most trips, much to his children’s chagrin. The boredom of the long drives were relieved though by the ridiculous and hilarious songs made up by dad, causing peals of laughter from the backseat. One of these road trips turned Dennis into a true hero. Dennis is credited with saving the lives of a family and their dog after he watched their car fly off the road and turn over in a water-filled ditch during a rainstorm. Dennis pulled over, jumped out and flagged down help on the road and together they rescued everyone. The family moved briefly to Logan, Utah where Dennis completed his Masters Degree in Industrial Technology. Despite the painful loss of his father, sister and wife by 1988, he showed fortitude in the face of hardship and remained steadfast in his faith. Dennis married Deborah Sue Pearson in 1990 and together they enjoyed 31 years of adventures. They both transitioned into new careers, both becoming teachers. Dennis retired from the Naval Reserves in 1996. He taught math and auto at Warner Springs High School. Their property in Sunshine Summit afforded him the space to continue pursuing his lifelong hobby collecting and restoring Cletrac Tractors. They enjoyed being empty nesters and traveled to Sweden in 2004 to celebrate Dennis’ 60th birthday, Hawaii in 2014 to celebrate his 70th birthday and fulfilled his lifelong wish to visit Scotland and England in 2015. Dennis continued to display his grit and perseverance facing prostate cancer and Parkinson's disease. Dennis and Debbie jogged throughout the week and Dennis boxed to stay healthy. He continued to sing in church choirs. He especially loved tinkering in his shed, restoring his 1956 F350 red dump truck, and he created a video of himself restoring a Cletrac Model F. Dennis enjoyed spending time with his wife, children and grandchildren. They will miss his singing and jokes. Dennis was preceded in death by his parents, Henry and Kathleen; sister, Deborah; and wife, Robin. He is survived by his wife, Debbie; daughter, Cari Sacaris (Mark) of San Diego and son Ryan (Sarah) of Grand Junction, CO, 4 grandsons (Rory, Riley, Luke and Grant) and brother Brian (Dinah) of Atascadero and many nieces and nephews. A memorial service will be held at Riverside National Cemetery, February 14th at 2:15pm. https://www.facebook.com/groups/dennisdavison

DAVISON, DENNIS ALLEN, age 77 of Warner Springs, CA went to be home with the Lord January 7, 2022. He was born to Henry and Kathleen Davison July 19, 1944 in Riverside, California. He was a humble and wise Christian man who read his bible... View Obituary & Service Information

The family of Dennis Allen Davison created this Life Tributes page to make it easy to share your memories.