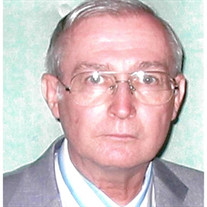 Our hearts are heavy to announce the passing of Daniel Martin Copeland, age 71 of Hemet, California. He passed away, Saturday, September 4, 2021, in Loma Linda, California at Jerry L. Pettis Memorial Veteran's Hospital. Dan was born on December 2, 1949, in Waco, Texas to Jesse Copeland and Bette Goeke (Walker). He was drafted into the U.S. Army in April1969 and served during the Vietnam War from September 1969 to September 1970. His first assignment was Echo Company, Reconnaissance Platoon, 1st Battalion, 52nd Infantry, 198th Light Infantry Brigade (Americal). Dan was the M79 (grenade launcher) handler for his platoon. He and his platoon fought in heavy combat where some were killed, and some were injured. While his unit, 198th was under attack, Dan was injured by shrapnel above his eye and a fellow soldier was hit in his hand. After serving with the 198th Dan and his battle buddy, Ron re-enlisted into an Aviation unit where he maintained UH-1 Helicopters and flew as a Crew Chief and Door Gunner. Dan met Tu while dining in a cafe in Bien Hoa, Vietnam. He and Tu married on August 7,1970 and enjoyed 51 beautiful years together. After completing his now extended tour of duty in Vietnam, Dan had a while left to serve on his enlistment. He returned to Southern California, where he was stationed at Fort MacArthur in San Pedro, California. He served the rest of his enlistment as a driver for the Command Staff. He separated from the U.S. Army in July 1972 with Honorable Discharge. He received the below merits: Good Conduct Medal; National Defense Service Medal; Air Metal; Combat Infantryman Badge; Vietnam Service Medal; Republic of Vietnam Service Medal; Marksman Badge (M-16); Marksman Badge (M-14); Vietnam Winter-Spring 1970 Campaign; Sanctuary Counter Offensive Campaign; Vietnam Counter Offensive Phase VII Campaign. Dan never received his Purple Heart because his commanding Lieutenant was killed in combat prior to Dan’s injury. Dan enjoyed being outdoors. He loved his plants, flowers and gardens. He loved camping, hiking, radios and working on cars. He was a member of many clubs: Veterans of Foreign War, Ham Radio, Cactus Club and Botanical Garden Club. Dan loved his Country and God. He always put others first and always lent a helping hand to anyone. Dan is survived by his wife Tu Copeland, his children Peter Copeland and Jeannette (Jeannie) Copeland, his grandchildren Noah Copeland and Serena Copeland, his sisters Debby Crider and Darlah Eikeland, his brother Dwight Eikeland and many friends. We are thankful for his service to our country, God and us. Rejoice for there is no more suffering.

The family of Daniel Martin Copeland created this Life Tributes page to make it easy to share your memories.

Our hearts are heavy to announce the passing of Daniel Martin...

Send flowers to the Copeland family.