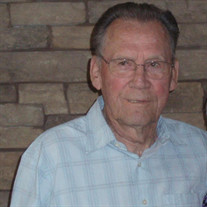 Dale Norm Martin, 94 passed away on Saturday, April 10, 2021 at his home in San Jacinto, California. He was born on Monday, January 17, 1927 in Crofton, Nebraska. Dale was the son of the late Samuel Martin and the late May Steele Martin. He married the love of his life on October 14, 1947 and was married to Dorothy Michael Martin for 72 years before her passing on October 3, 2019. They lived in Hawthorne until 1976 at which time they sold their home and moved to Anza, California and lived until 1988 when they relocated to San Jacinto, California. Dale served proudly in the US Navy for 4 years. After his honorable discharge from the Navy, he worked at American Standard for several years. He left that industry to become a Hawthorne Firefighter where he retired after 19 ½ yrs. Dale loved his family and enjoyed taking the kids camping in the local mountains. He also like to hunt for ducks and rabbit with his son Don in Anza and the Salton Sea in Indio. The most important thing to Dale was his family. He was very close to his brothers and sisters and when one would move, they all would move to be close together. Dale was a very important part of his all of grandchildren’s lives. A positive roll model and loved all of them dearly. He enjoyed watching his grandson’s baseball and football games and his granddaughters dance recitals. Dale and Dorothy enjoyed visiting Las Vegas and Laughlin several times during the year trying their luck on the slots and always felt like they won more then they lost. While living in Anza they loved playing Bingo every Friday night at the Anza Community Center. His family describes Dale as the neighborhood handyman. He could fix just about anything and had the tools to do it. He was funny with a quick wit and enjoyed a good discussion especially when he could push your buttons to get a rise out of you. He will be missed by those that knew him and loved him. Dale is survived by his daughter, Sandy Hale (Timothy); son Donald Martin (Lorraine); grandchildren Anthony, Andrea, and Ashley. Great grandchildren Chelsea, Vincent, Andre, Ayden and Ashton and Great-Great grandson Easton. A small interment will be held at Riverside National Cemetery for the immediate family. In lieu of flowers, please consider a donation in Dale Martins name to the American Cancer Society, https://donate3.cancer.org

Dale Norm Martin, 94 passed away on Saturday, April 10, 2021 at his home in San Jacinto, California. He was born on Monday, January 17, 1927 in Crofton, Nebraska. Dale was the son of the late Samuel Martin and the late May Steele Martin.... View Obituary & Service Information

The family of Dale Norman Martin created this Life Tributes page to make it easy to share your memories.

Send flowers to the Martin family.