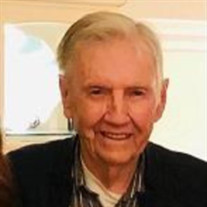 Andy Keir, 94, of Temecula, CA passed away on May 22, 2021. Andy was born in Hermosa Beach, CA on May 27, 1926 to Scottish parents, Andy and Annie Keir. He grew up in the South Bay attending Redondo Union High School where he graduated in 1944. Immediately following high school, he enlisted in the United States Navy where he served as a radioman in the Asiatic-Pacific during World War II from 1944 to 1946. Andy was an exceptional soccer player. While playing soccer for the LA Scots, a very successful local semi-professional team, he was selected to represent the United States in the 1952 Helsinki Olympic Games. His love for the game knew no bounds and propelled him to donate his time to grow the game in the United States. In 1964, a handful of dedicated soccer enthusiasts, most of which were foreign born, helped start AYSO (American Youth Soccer Organization). Andy coached one of four of the very first AYSO soccer teams in Torrance, CA in its inaugural season. This grass root effort resulted in AYSO becoming the largest youth sports organization in the United States, if not the world. Andy was an aerospace engineer by profession and worked most of his career at Rockwell International in Downey, CA. He worked on many projects, but his most notable was the Space Shuttle which required daily flights to Palmdale, CA and at one point, a brief family move to Cape Canaveral, FL. He never spoke of his many achievements and long standing career with Rockwell, never wishing to talk about himself with his humble disposition. He ultimately retired from the industry after 33 years in the late 80’s and relocated from Torrance, CA to Murrieta, CA to begin the next stage of his life. He was a kind, funny, modest, supportive, patient, and gentle man. He was deeply committed to his family and was a positive role-model for all of his children and grandchildren to follow. He left a lasting impression on the world and he leaves behind a wonderful legacy, his footprint forever engrained deep in the hearts of his family and whomever interacted with him. He always tried to leave the world in a better place with his positive spirit during all of his travels and will be forever missed by so many whom knew and loved him. He truly was a remarkable Father and a blessing to all whom were fortunate enough to have known and spent time with him. Andy is survived by his four children and seven grandchildren. He is preceded in death by his father Andrew Keir, mother Annie Keir, and wife Loretta Keir. Funeral services will be held at Riverside National Cemetery located at 22495 Van Buren Blvd. Riverside, Ca. 92518 on July 27th at 1:15pm.

Andy Keir, 94, of Temecula, CA passed away on May 22, 2021. Andy was born in Hermosa Beach, CA on May 27, 1926 to Scottish parents, Andy and Annie Keir. He grew up in the South Bay attending Redondo Union High School where he graduated in... View Obituary & Service Information

The family of Andrew "Andy" Robertson Keir created this Life Tributes page to make it easy to share your memories.

Send flowers to the Keir family.